This personal project was created in Unreal Engine 4 ('UE4') to showcase its capabilities and test out its advanced opportunities for production with the stunning McLaren 570S Spider. Special thanks to Short CGI for supplying the model.
The video above was rendered at real time and this is what makes UE4 unique. Whereas before alterations to camera angles in feedback rounds could mean days of re-rendering frames for a new animation; now, the adjustments can be made and cameras can then render at real time in minutes, saving clients time and money plus allowing more creative freedom. The benefits of this pipeline don't stop there, also allowing for interactivity between the user and the scene; companies like McLaren are already making use of this in their car configurators so that their customers are able to customise their dream car down to the colour of the stitching.
The 570S was prepped in 3DS Max where many of the components were UV unwrapped which is important so that the PBR textures and lightmaps added in UE4 apply to the model correctly. The model was then imported into UE4 using Datasmith. Once in UE4, PBR materials were created and assigned to all components of the model which I placed into a cove for lighting. Lighting was added to the model to bring out the design lines of the car and show off the beautiful materials. A post process volume was used to balance and grade the look of the shots. Cameras were then added and sequences created with the final video rendered from there.
I also decided to create a still from the scene, starting with a base frame as it was lit for the video. From there I lit certain components of the car and composited them together using Photoshop with retouching techniques to balance out the car further giving the result in the image below. 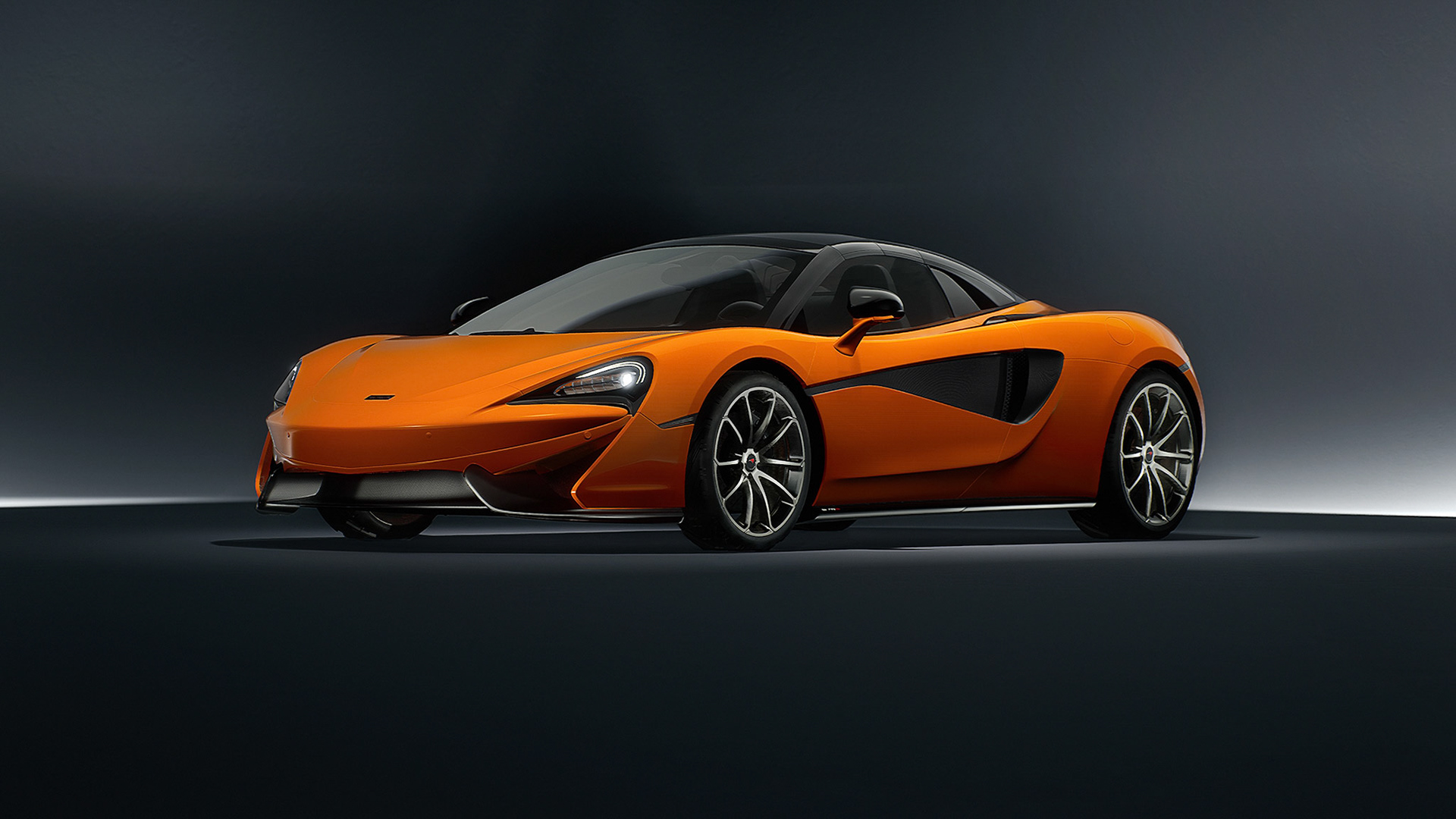